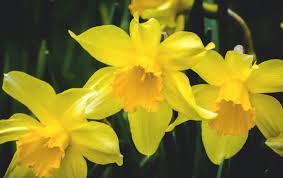 The rose we call a rose by another name would smell just as sweet.”

However, like the Montagues or Capulets, names can be very important and cause great heartache.

My colleagues and I are taxonomists. This means that we name living things. Although we have never named a rose, there are many Australian species of plants or animals that we discover and name.

We publish a Latin scientific title for each new species that we discover. International conventions and rules do this. The name is composed of two parts. The first is the genus name, such as Eucalyptus. This describes the group to which the new species is related. The second part is the species name, such as globulus. This makes the name Eucalyptus globulus unique to the new species. If they are sufficiently new, the species can be added to existing genera or given their genus.

Some scientific names are well-known – perhaps none more than Homo Sapiens. Gardeners and nature lovers will be familiar with the names of genus names Acacia and Callistemon.

All of this sounds quite straightforward. However, as Shakespeare’s star-crossed lovers showed, tradition and history can sometimes cause problems.

What’s in the name?

Consider the genus Hibbertia which is the Australian guinea flower. This is the most important genera of Australian plants, and it’s also the one we study.

Many new and unnamed species of Hibbertia exist, so new species names are frequently added to this genus.

Many scientific names derive their name from a particular feature of the species of the genus. Eucalyptus is an example. This comes from the Greek word for “well-covered”, which refers to the operculum, or bud-cap, that covers unopened eucalypt flower buds.

Here’s where things get complicated. Hibbert’s riches were almost exclusively derived from the transatlantic slave market. Hibbert made a fortune by enslaving people from Africa to New World, using them on his extensive plantations and then transporting the slave-produced sugar back to England.

Hibbert was also prominently represented in the British parliament and was a strong opponent of abolition. Hibbert and his associates argued that slavery was economically necessary for England and that even enslaved people on plantations were more prosperous than in their homelands.

Many critics considered his views to be abhorrent at the time. He was able to be compensated handsomely for his “losses” in 1807, when Britain abolished slavery.

We want Hibbertia a more fitting and less worrying name, just as Western Australia’s King Leopold Range was renamed recently to remove the link with the atrocious Leopold I of Belgium.

This is true for the Great Barrier Reef Coral Catalaphyllia Jardine, named after Frank Jardine, a brutal dispossessor among Aboriginal people in North Queensland. The most remarkable is the rare Slovenian cave beetle enophthalmos Hitler, named in 1933 to honour Adolf Hitler.

Its name is unfortunate because it is a small, nondescript, blind beetle. However, it has been driven to the edge of extinction in recent years by Nazi memorabilia collectors. Even specimens from museums are being taken to be sold into this lucrative market.

The official rules for Hibbertia and any other species with troubling or inappropriate names don’t permit us to rename them.

We propose to change the international rules on naming species. If adopted, our proposal would create an international expert panel to determine what to do with scientific names that honour inappropriate people or are based upon culturally offensive terms.

The many name is an example of this. It is based on Latin Caffra and is offensive to Black Africans; its use in South Africa is prohibited.

Some might argue that the scientific naming of species should be kept separate from social change and that Hibbert’s views on slavery do not apply to the classification of Australian flowers. We argue that renaming things is necessary and important if we want to correct history’s mistakes, much like toppling statues at Bristol Harbour.

We believe science, including taxonomy, must be socially responsible. Science should be embedded in culture, not in ivory towers. Scientists should strive for the common good and not blindly follow traditions. Science is surrounded by deeply problematic names, just like they are a part of our cities, streets and landscapes.

Hibbertia might be just a name, but we think a different name would make this beautiful genus of Australian flowers smell even sweeter.